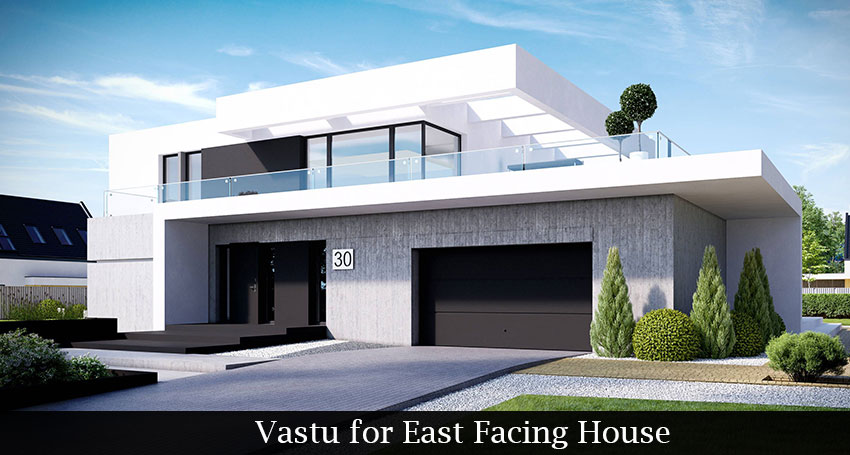 One may assume that an east facing house is good like India & Vastu for Indian continent, BUT in fact there are a lot of other factors which make a site positive or not as per vastu shastra. Vedic Vastu should not be applied in southern hemisphere as copy-paste, then there may be many question marks on any direction. Certainly, the calculations also require the planetary position of house owner or the senior most family member.

Therefore though one may appreciate van East facing house to buy or for rent but it would be better to go deeper in this mystic science where only directions are not enough but the planets & house number also may play a higher role. There are Vastu rules which may be applied differently in few cases and subjects of Vastu. In entire description of vastu in southern hemisphere defines almost all the vastu rules including all big and small countries like New Zealand, Brazil, Mauritius, Chile, South Africa, Argentina & Australia etc. If anyone is living in any city like the southern hemisphere cities including Perth, Jakarta, Sydney, Brisbane, Canberra, Victoria, Port Louis, Queensland, Indonesia, New South Wales (NSW), etc. Vastu rules are almost equally applicable on these cities & countries.

Are all east facing houses in Southern Hemisphere positive?

Vastu for East Facing House is very well recognised by the Indian Vastu lovers & of course Vastu for House or Vastu for East facing House is a vast topic but the best part of it is that lord sun always rises in the east and sets in the west. Therefore, Vastu Advice for East facing house in Southern Hemisphere may follow almost the same rules which are followed in the northern Hemisphere. But actually, these Vastu principles for the Southern Hemisphere for an east facing house, lot or plot are confined the same till east only. Then the rotation of the sun makes the theories different for each Hemisphere. Vastu for Home which is located properly in east direction then Vastu in Southern Hemisphere has to follow similar rules of east only. So, we may have pooja places in the east or may face east while doing pooja. Vastu in Australia country and other parts of the world located in the lower part of the globe are in the Southern Hemisphere and similarly the countries, like New Zealand, Africa, south Africa, Indonesia and Jakarta also come under the definition of Southern-Hemisphere countries like brazil, chile, Uruguay etc. Thus a house facing to east may be bought with confidence but incorporating the proper Vastu is essential in such lots.