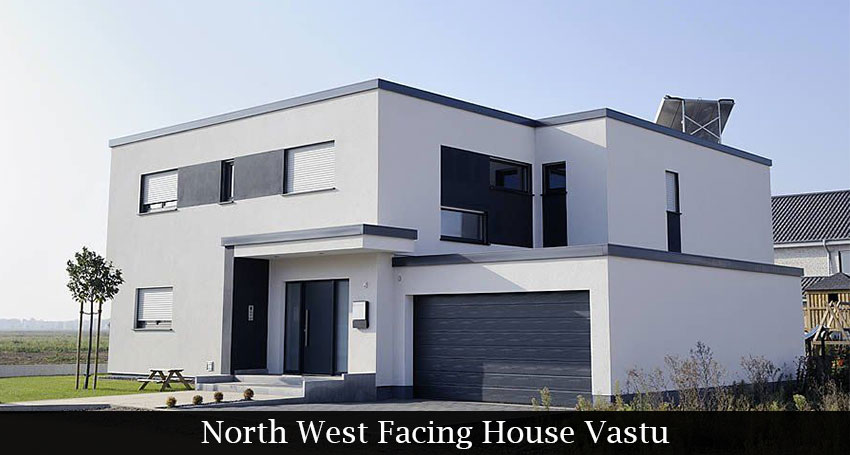 This direction may look to be normal to a traditional Vedic vastu consultant but the actual position is altogether changed. If a direction in northern hemisphere becomes positive then there are chances that by calculating the fact the direction becomes totally different in nature.

The houses facing to north-west of NW may be anti vastu if calculated the facing from logical point of view. The scientific reason for a north-west facing house lies in the fact that the sun moves in southern hemisphere totally opposite in side’s direction. Certainly, the sun-rise and sun-set may be the same on almost whole earth but the way sun moves rather the way our earth moves around the sun is different. Therefore, vastu for north-west facing house becomes a technical point and should be done with consultation of a professional vastu consultant.

North West Facing House Vastu indicates that a particular type of vibrations may travel in the direction of north-west. Yes, but the same process is for the reverse of energies. Vastu for House especially as we are discussing about North-west facing House Vastu, it also follows the vibrations rules. According to this theory the energy always enters from the main door or main entry, but it also goes out if the door or entrance door is always opened. North-west facing house Vastu in Southern Hemisphere defines that this direction is not appreciable in Southern Hemisphere. So Vastu for Home in the context of Vastu in Southern Hemisphere is derived with the ambition that the house should always receive positive energy. If the door or entrance as per Vastu in Australia, Africa, New Zealand and Indonesia are concerned we have defined that the remedies for such negative entrance of house are also available and the best part of it is that there is no need to demolish or construct any part of house for the sake of Vastu corrections but it is very easy and viable to do remedies or Vastu cures without demolition. Vastu for House also defines the role and contribution of each direction in our life.

What comes under Southern-Hemisphere?

Similarly, when it comes to the Vastu treatment or Vastu cures of any negative entrance, then facing is the most important factor. Vastu in Southern Hemisphere is becoming very popular among the Vastu believers worldwide in the Southern part of the globe. Vastu for Southern Hemisphere that includes countries like Australia, South Africa, Mauritius, Chile, New Zealand, Argentina & Brazil etc. We know that not these but there are many other cities located in the Southern Hemisphere like Jakarta, Perth, Brisbane, Canberra, Port Louis, Victoria, Queensland, Indonesia New South Wales (NSW), Sydney etc. So, the Vastu rules are equally applicable on all of them without any difference. But as per our experience if the main gate is in north-west then a simple remedy should be done for better vibes.